The Central State Hospital in Indiana is an interesting stop while in Indy – head to the Indiana Medical History Museum in the Old Pathology Building!

Medical museums are both parts fascinating and terrifying and definitely something to add to your weird bucket list. They usually entail tools I would never let a doctor bring near me, historical information about how medical procedures were done in the past, lots and lots of specimens, and more. This is exactly why the Central State Hospital Indiana Medical History Museum was on my list of things to do in Indy when I found out about it. 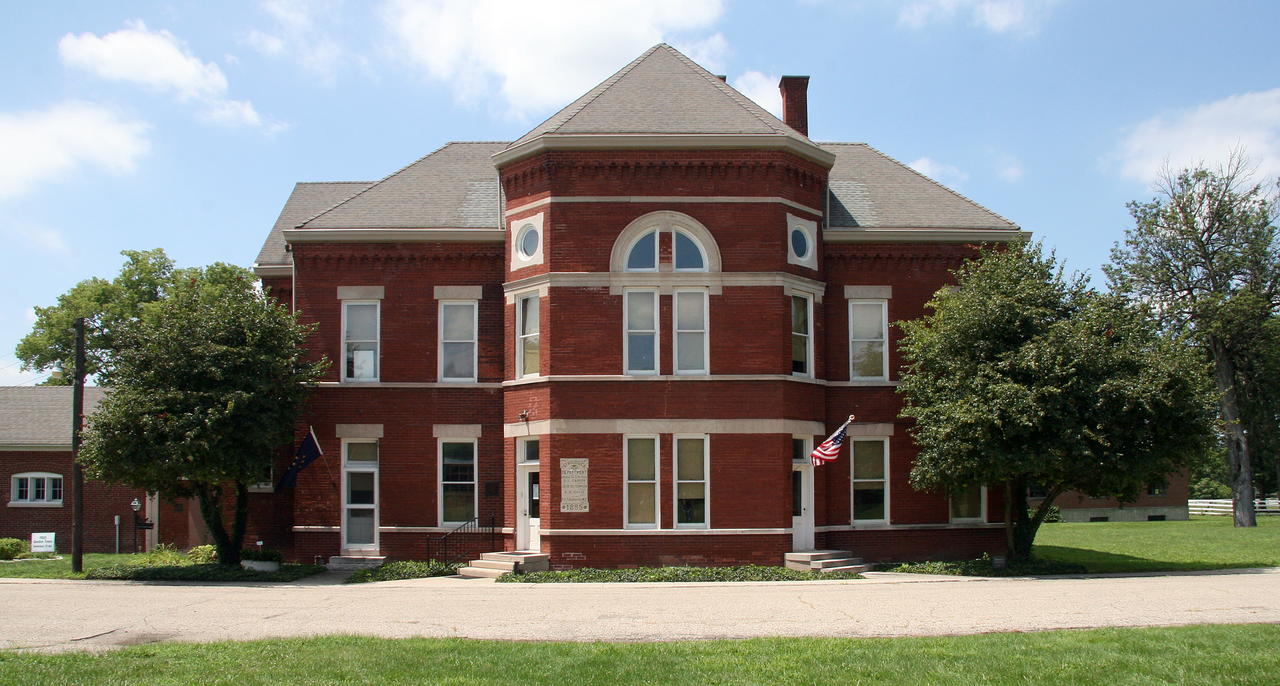 Where is the Central State Hospital Indiana Medical History Museum?

The Indiana Medical History Museum is located on the grounds of the former Central State Hospital on the west side of Indianapolis. The museum building itself, or at least the main part of the museum, is located in the Old Pathology Building. That’s an ominous name in itself, but even more so when you find out that this is the oldest surviving pathology facility in the entire country.

The Old Pathology Building is on the National Register of Historic Places.

History of the Pathology Building

The Pathological Department was started in 1896 and naturally, it was focused on medical education and research on the physical causes of mental disease. The department was in operation until the 1960s. By the end of the decade, 1969, the Pathological Department was turned into a museum and the interior was left intact so what you’re visiting at the Indiana Medical History Museum looks just like it did when it was in operation 60 years ago.

The Central State Hospital was also known as the “Indiana Hospital for the Insane” – gee, how nice. The hospital opened in 1848, about fifty years before the Pathology Department was enacted. The hospital grounds are quite large and spread out over 160 acres.

The Central State Hospital has a long history of treating patients with a variety of mental health diagnoses including depression, schizophrenia, hysteria, alcoholism, senile dementia, epilepsy, and more. The pathology department then opened to research the causes and treatments for these diseases and disorders.

Despite opening in the mid-1800s, the hospital reached its height around 1950 when there were 2,500 patients at the hospital. After several scandals, new medications, and a shift towards the care of mental health patients, Central State Hospital closed in 1994.

Patients at Central State Hospital [as was common in most hospitals during this time] were often ostracized by their families and society. Mental health patients were often mistreated, isolated, and abused.

Indiana Medical History Museum wants them to be remembered for who they were and not which diagnosis they had.

The Indiana Hospital for the Insane [the original name] was opened with the ideas of Moral Treatment in mind. This moral treatment movement had become popular due to efforts by Quakers and a changing ideal around mental diseases. The hospital was an effort to get mentally ill people out of jails and poor houses. The movement expressed the idea that with more care, beautiful surroundings, structured daily lives, and access to the outdoors, a person’s condition and life could improve.

See also  Believe in Aliens? Visit These 7+ Out of This World Places

While the intent may have been moral, the outcome wasn’t what was planned. The staff was poorly paid, trained and equipped to handle what was an extremely stressful job. The hospital was also understaffed, underfunded, and overcrowded leading to a low level of patient care standards.

It was then that it was agreed that the Pathology department was not only a good idea but necessary. The department was dedicated to studying the causes of mental diseases and finding effective cures. Autopsies were performed on patients and specimens were preserved.

What to See at the Indiana Medical History Museum

There are several different areas of the museum to explore.

Where medical professionals learned about the findings from the pathology department at the Central State Hospital.

Where you’ll see all the old bottles, tools, medical slides, and more. 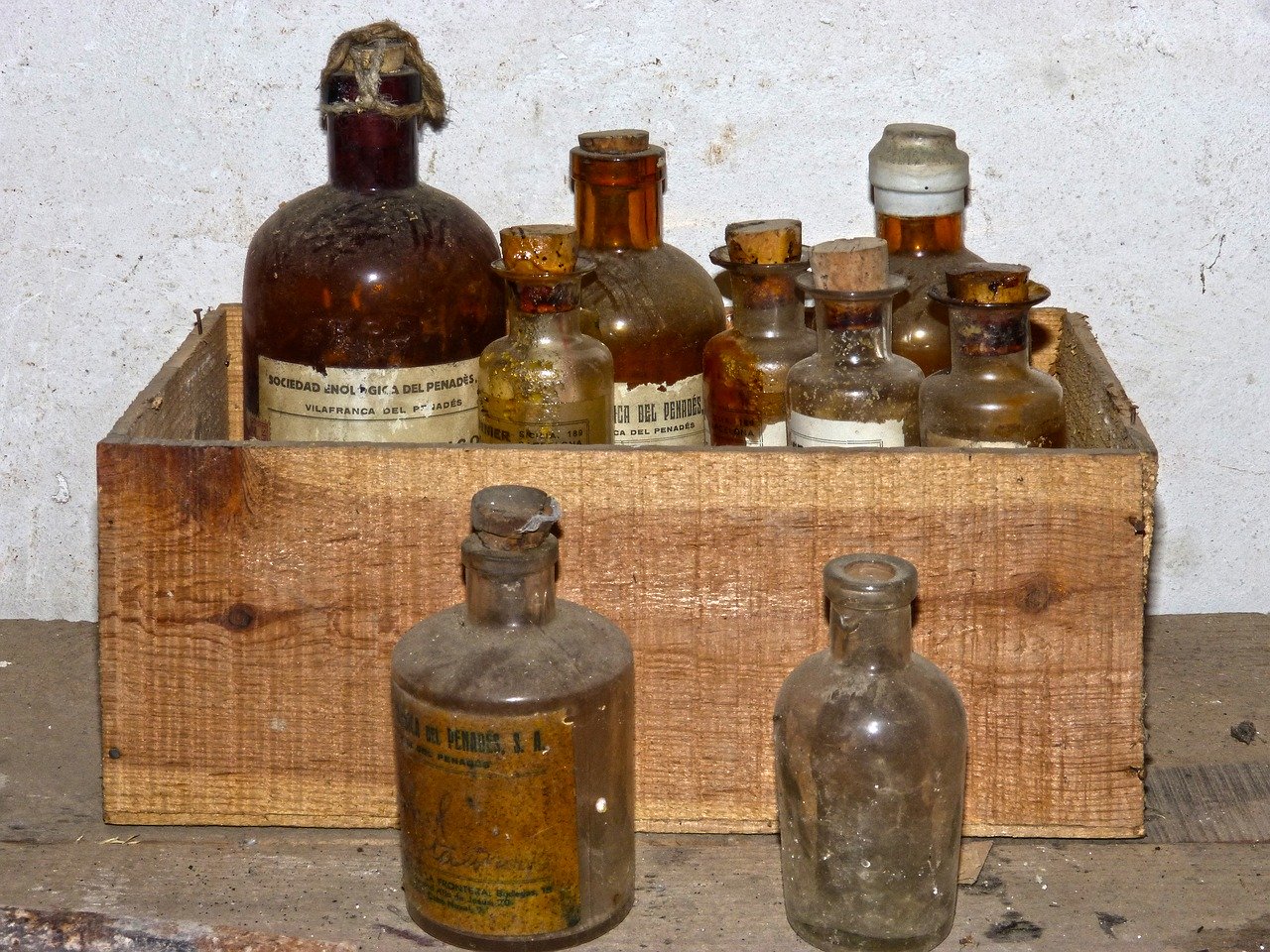 All of the literature, records, and entrance.

This was, by far, the creepiest area of the museum. Looked like something straight up out of a horror movie.

The Medicinal Plant Garden at the Indiana Medical History Museum is maintained by Purdue Master Gardeners of Marion County. The garden features over 90 different medicinal plants, including trees, shrubs, and vines as well as annuals and herbaceous species. Nearly half of the specimens are Native American medicinal plants. Each plant is accompanied by signage stating its origin, what parts had medicinal uses, and what some of those uses were.

After the hospital’s closing, police officers, night guars, and others have reported several paranormal sightings including hearing screams and seeing patients running down the hallways.

Many of the sightings are reported in the basement of the building where people were subjected to treatments to “cure” their illnesses. Even before the hospital, there were paranormal sightings.

Other Happenings at the Indiana Medical History Museum

The Indiana Medical History Museum regularly offers special events, exhibits, and programs on a range of topics including the history of science and medicine, history of mental health care, forensic science, and current health carries.

The Indiana Medical History Museum is currently planning a continuation of their Voices project, an initiative to gather stories from people with connections to Central State Hospital, including former patients, workers, neighbors, and families.

You must join a tour, but unless you have a group of six or more, you do not need to make a reservation. 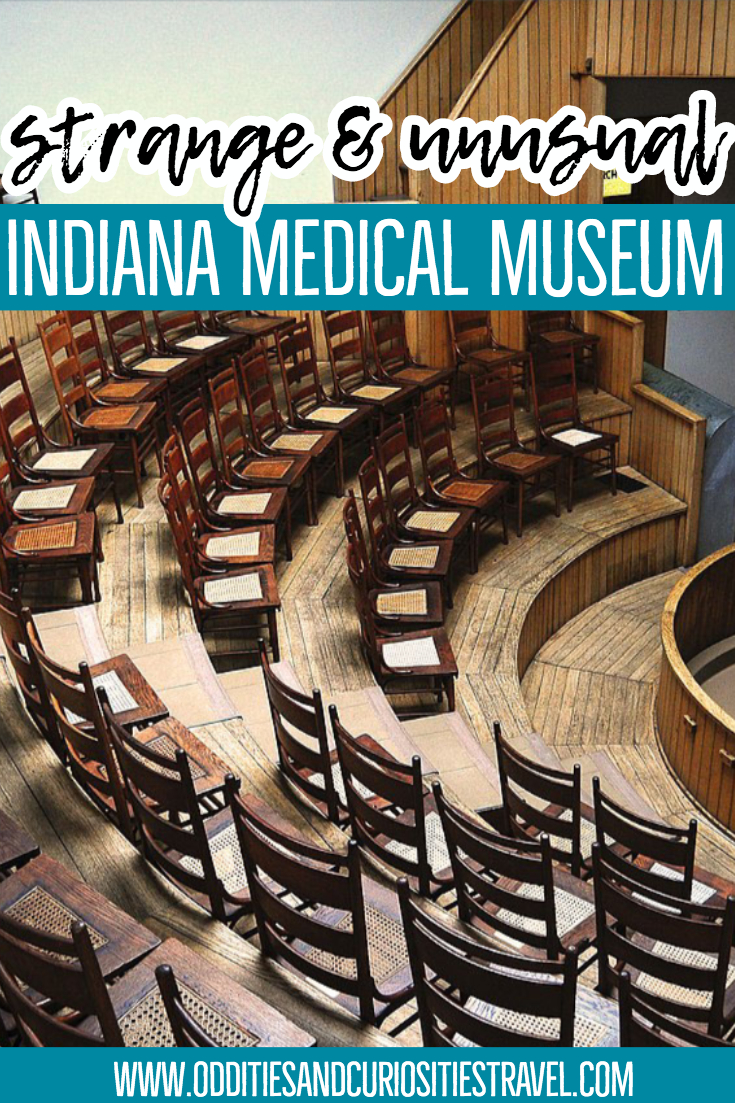 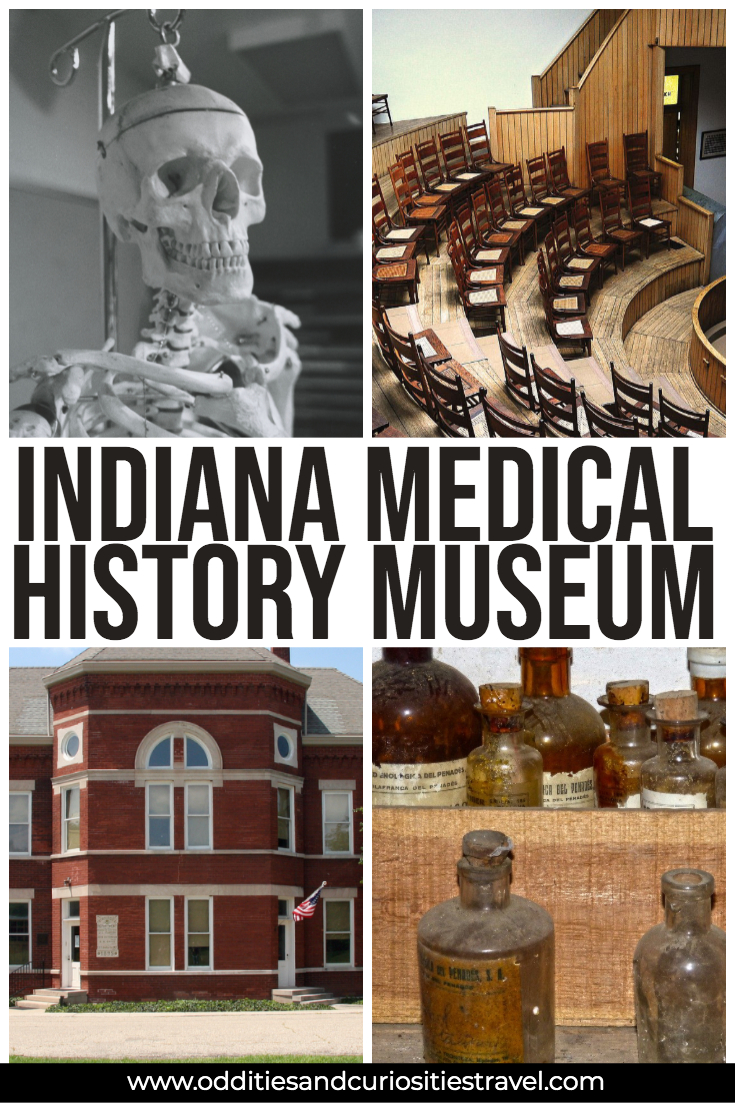 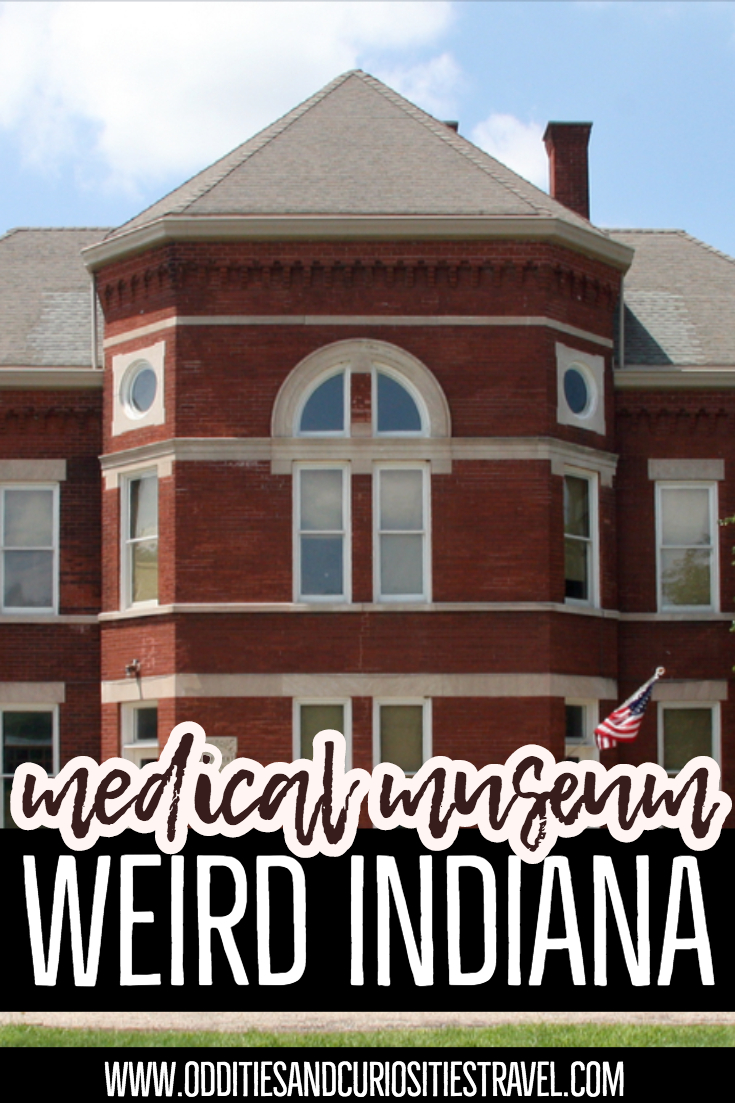 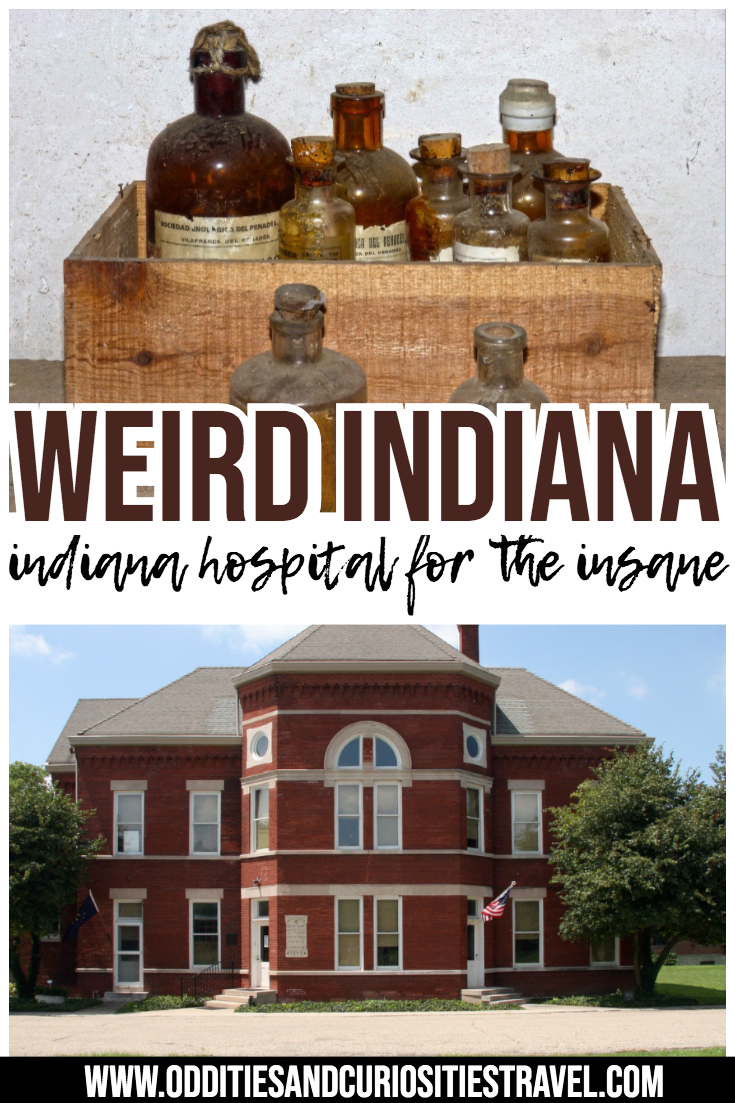 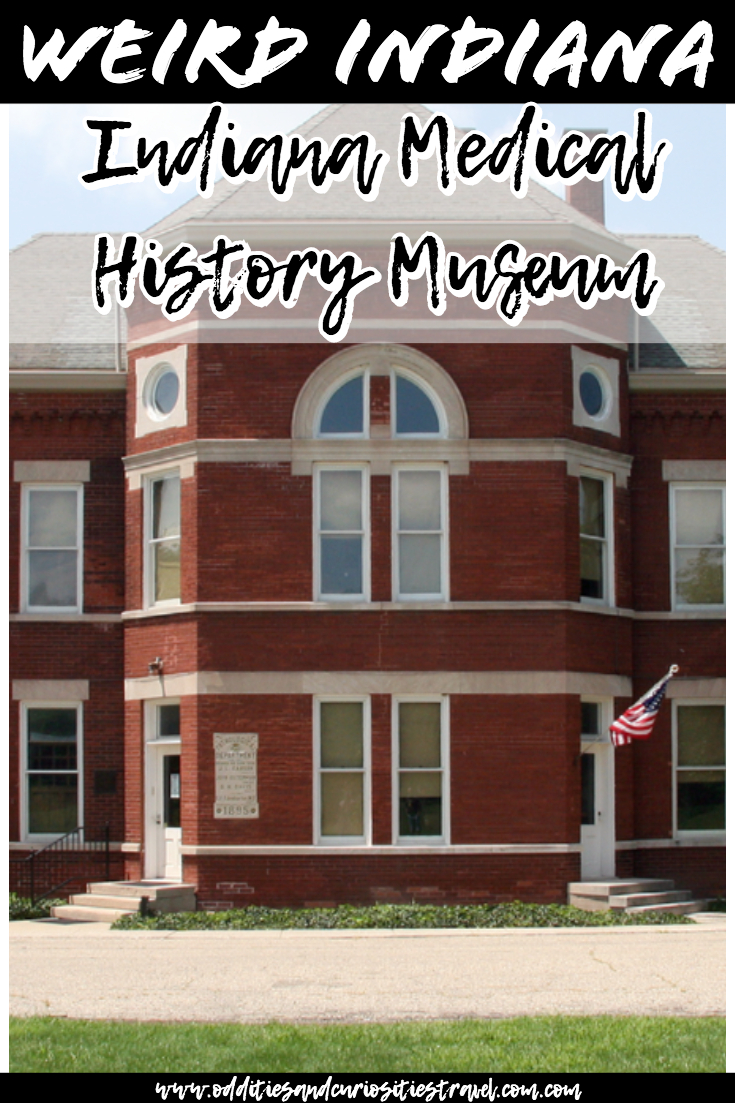