Halloween really isn’t Halloween without one of the most iconic horror villains ever – Michael Myers. He’s been haunting October 31st since 1978. But how do you watch the Halloween movies in order?

The franchise spans thirteen films and has been rebooted a couple of times now so things can get a bit confusing! Honestly, there’s not really a right way to watch all of the Halloween movies.

Spoiler Warning: If you want to avoid spoilers, just jump to how to watch in chronological order or by release date.

We wouldn’t be here at all if wasn’t for the first Halloween film written by Debra Hill and directed by John Carpenter. It takes place on Halloween night in 1963 when six-year-old Michael Myers murders his older sister with a kitchen butcher knife.

Fifteen years later, Michael breaks out of the institution and his psychiatrist Dr. Loomis must chase him. But before he catches him, Michael returns to Haddonfield, Illinois to stalk and torment residents. This is where his obsession with Laurie Strode (Jamie Lee Curtis) begins.

Halloween II is a direct sequel (picking up right where the first one ended) as we see Laurie being taken to the hospital after surviving Michael Myers’s attack.

The next Halloween movie we suggest watching is Halloween 4 (yes, we’re skipping the 3rd film for now). It picks up 10 years after Halloween II when Michael wakes up from a coma and immediately begins searching for Laurie.

This film begins with Michael being washed up in a creek (after being shot repeatedly and thrown down a mineshaft at the end of Halloween 4). A man finds and takes care of Michael’s comatose body (yes another coma) for a year until Michael wakes up on – you guessed it – Halloween night.

Michael heads out to find Laurie’s daughter Jamie (Danielle Harris) who is still mentally recovering from her last run-in with him.

Set six years later, this film opens with Jamie (JC Brandy) as a prisoner of a cult that broke Michael free at the end of Halloween 5.

Jamie has a baby and manages to hide him (before dying in an attempt to escape). Her baby is found by Tommy Doyle (Paul Rudd) who just so happens to be the boy that Laurie Strode babysat in the first Halloween film.

Nope, that H20 has nothing to do with water. But rather that it’s set 20 years after the first run-in with Michael in 1978.

Halloween H20 begins with Michael vandalizing the home of Dr. Loomis who has recently died. He then finds out that Laurie (Jamie Lee Curtis) faked her death all those years ago and has been the principal of a boarding school where her son (Josh Hartnett) also attends.

For the first time, we get to see Michael Myers kill Laurie Strode. It begins with Laurie institutionalized after H20 and Michael, naturally, comes to visit.

He then heads to his old abandoned home and finds it full of reality show contestants who want to spend a night with him. That’s a twist we didn’t see coming!

This is a reboot but it’s also a direct sequel to the original Halloween (1978). It ignores everything else that has happened since.

Jamie Lee Curtis returns as Laurie Strode and she’s still traumatized from the events from 40 years prior. She lives the life of a recluse in a heavily fortified home in the woods.

This 2nd installment of the reboot picks up where the 2018 film left off. Michael is trapped in Laurie’s basement and the house is burning down. We’re gonna guess that’s not where he stays.

This Halloween film by Rob Zombie is a complete reboot of the original. It follows the same course of events, but is set decades later and has different focal points. We get more moments leading up to his first murder and more time with Dr. Loomis.

Since the reboots by Rob Zombie are a completely different timeline and reboot, we’re putting them near the end of the list.

One year after the 2007 film, Laurie is still dealing with the trauma. Michael has been living the life of a hitchhiker until he returns home to try to find and kill Laurie.

The reason the 3rd film is at the bottom is that it’s a Halloween anthology series. It doesn’t connect at all to the Halloween universe.

It revolves around a plot by a Halloween mask company to murder every child wearing one of its masks. That’s … bold.

Every Halloween Film In Chronological Order 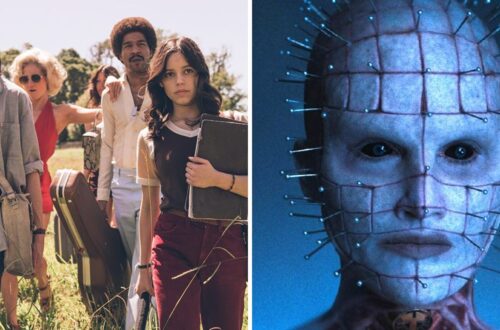 These Are The Best Horror Movies of 2022 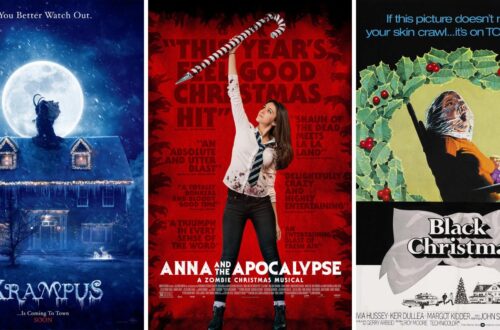 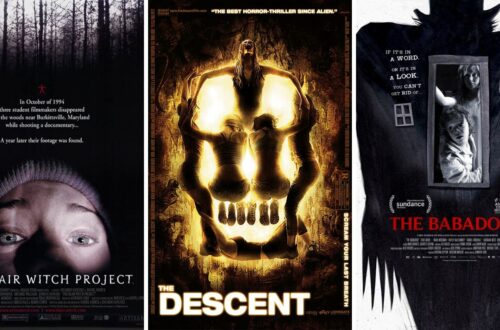