Looking to binge-watch some magical and spell-binding tv shows? These 27+ witch shows will leave you waiting for your Hogwarts letter by the door!

Supernatural TV shows have long been a popular choice of entertainment. TV, movies, and books – they’re all great for escaping, and what better way to escape than by going fully into the imaginary? That is, of course, unless you’re a believer in all of the things supernatural. Some of my favorite TV shows happen to be witch shows. And, while that has become a modern trend, it really has been the case for quite some time including Bewitched, Sabrina the Teenage Witch, and more.

What’s even better, the variety of witch shows and the types of witches in the show is large and expansive. Whether you want something a little more kid-friendly – hello, Wizards of Waverly Place – or something much darker, there are definitely some great witch shows out there. 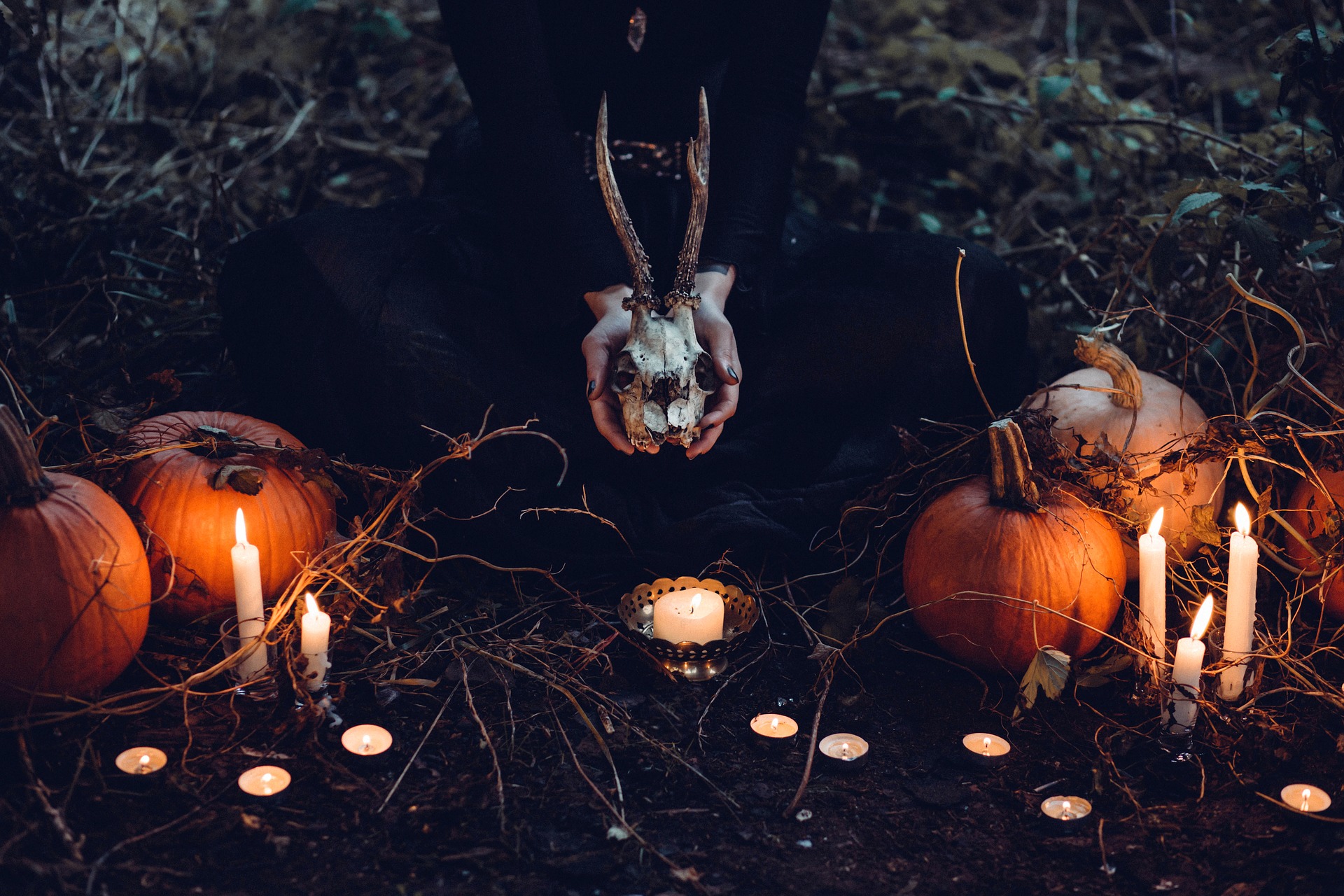 Let’s start with the witch shows that first got us into witch tv shows why don’t we? Who else grew up waiting for Friday because you knew it meant it was time for T.G.I.F (Thank God It’s Friday) and therefore your favorite shows including Sabrina the Teenage Witch?

Look, if you’re under 25 and have no idea what I’m talking about, don’t make me feel old. Please. Anyway, here are the best OG witch shows.

The charming Charmed got us all into witchcraft in the 90s. The series premiered on the WB and was centered around the Halliwell sisters. The oldest is Prue (Shannen Doherty), then Piper (Holly Marie Combs), and the youngest is Phoebe (Alyssa Milano). They each had their own personality and their own power and together they were extra powerful. In season 4, a “new” sister was introduced – Paige (Rose McGowen).

The show lasted eight seasons and was full of feminism and magic even if the special effects may seem a bit corny in today’s world.

Sabrina the Teenage Witch follows teenage witch Sabrina Spellman (Melissa Joan Hart) who lives with her witchy aunts who all come from a long line of witches.

Sabrina is definitely a much lighter witch show even though it’s based on a dark comic and the reboot is much darker.

The show that possibly started it all? Bewitched was around in the 60s and 70s but the love for it never went away. Starring Elizabeth Montgomery as Samantha, Bewitched is about a witch who falls in love with a New York executive named Darren (Dick York).

Samantha is a very powerful witch though and doesn’t tell her new husband right away. He makes her promise never to use her powers, but she can’t do that.

A little bit drama, a little bit comedy and I guess now I’m realizing, a lit bit controlling. But, times have changed.

Reboots aren’t always a good thing, but in terms of witch shows, I’ve been fairly impressed.

A reboot of Sabrina the Teenage Witch, the new Sabrina show is much darker and seems to be following suit of its original comic book inspiration.

This Sabrina is a dark coming-of-age story that brings horror, the Dark Lord, the occult, and, naturally, witchcraft.

While we’re only one season into the reboot, I was pretty impressed. While the original story was fantastic, at least the new series has today’s special effects.

Also, not really a full reboot since the names are different. This Charmed follows Mel (Melonie Diaz) and Maggie Vera (Sarah Jeffrey) who suffer the loss of their mother and then a surprise older sister shows up on their doorstep – Macy (Madeleine Mantock).

Harry Greenwood (Rupert Evans0 reveals that the three are powerful witches, and he is their whitelighter, there to advise and guide them as they battle dark forces.

I will say I’m super impressed with the diversity and inclusivity of the reboot.

A Discovery of Witches

This witch show is based on the book of the same name by Deborah Harkness. The story follows Diana Bishop (Teresa Palmer) who is a brilliant historian that falls in love with vampire geneticist Matthew Clairmont (Matthew Goode). It’s a contemporary story with an old-world feel set in Oxford academia.

Witches, vampires, and daemons live and work amongst humans. Diana is a powerful witch trying to deny her heritage but is thrown into a dangerous mystery upon discovering a bewitched manuscript.

So, I seriously disliked the book for many reasons but mainly due to (in my opinion) it being anti-feminist and Matthew being extremely controlling. However, I’m willing to give the show a chance especially since I’m a fan of Matthew Goode.
Watch on AMC and Youtube TV

New in 2020, this witch show is taking place in an alternate universe where witches ended their persecution over 300 years ago by making a deal with the government to fight for their country in return for their freedom.

I’m interested to see how this goes because the storyline is at least unique!

This is a fresh take on the Arthurian legend as teenager Nimue joins forces with mercenary Arthur on a quest to find Merlin and deliver an ancient sword.

The witcher Geralt (Henry Cavill), a mutated monster hunter, struggles to find his place in a world in which people often prove more wicked than beasts.
While witchers and Geralt do have powers, many may argue this isn’t really a show about witches. But, I’m counting it plus…Geralt. I need to say no more.
Watch on Netflix

I definitely wouldn’t let kids watch every witch show there is. Some are pretty dark and gruesome (although surprisingly most aren’t too bad). However, there are some that are definitely more family-friendly than others.

Once Upon a Time

Disney lovers were graced with Once Upon A Time. The series followed the residents of the fictitious seaside town of Storybrooke, Maine.

The characters all had their memories stolen by the Evil Queen Regina (Lana Parrilla) who used a curse from Rumplestiltskin (Robert Carlyle).

There are several witches in the show including Regina, the Wicked Witch of the West, and Glinda the Good Witch.

Don’t you dare lie and say you didn’t watch Wizards of Waverly Place which follows Alex Russo (Selena Gomez) and her brothers who come from a long line of wizards and now must master their newly learned powers.

The Netflix television series The Worst Witch is based on Jill Murphy’s book series of the same name. It follows Mildred Hubble, a girl not of the magic world but finds herself at Miss Cackle’s Academy for Witches.

The series is modern and especially aimed at young teens.

The adventures of a mysteriously enchanting woman, who piques the curiosity of her neighbors.
This is based on the Good Witch series of TV movies. It’s light-hearted and possibly a little corny. But, still a good show I enjoy from time to time.
Watch on Netflix

Based on the Melissa de la Cruz books of the same name, Lifetime’s Witches of East End was absolutely fantastic, and it was canceled way too soon. I actually didn’t even know about it or watch it until it was already over and couldn’t believe it didn’t continue on.

The women were gifted with a magical birthright which they slowly begin to uncover and the show balances the supernatural and family drama.

Think of it as a bit more modern Charmed with better special effects.

I don’t think this was too well-loved or well-reviewed because it only lasted one season, but I actually really enjoyed it.

The Secret Circle follows a young girl, Cassie Blake (Britt Robertson) who discovers she’s a witch and part of a secret coven and that she is the key that will unlock a centuries-old battle of good vs evil.

Watch on The CW

The third season of American Horror Story was all about the witches and, arguably, the best season of all so far.

Coven follows a coven of witches who are descendants of some of those who escaped Salem and who reside at Miss Robichaux’s Academy in New Orleans.

The show is dark and magical, but also chock full of actual history. You can take an American Horror Story tour in New Orleans to see the filming sites and learn about some of the real spooky histories behind the show. 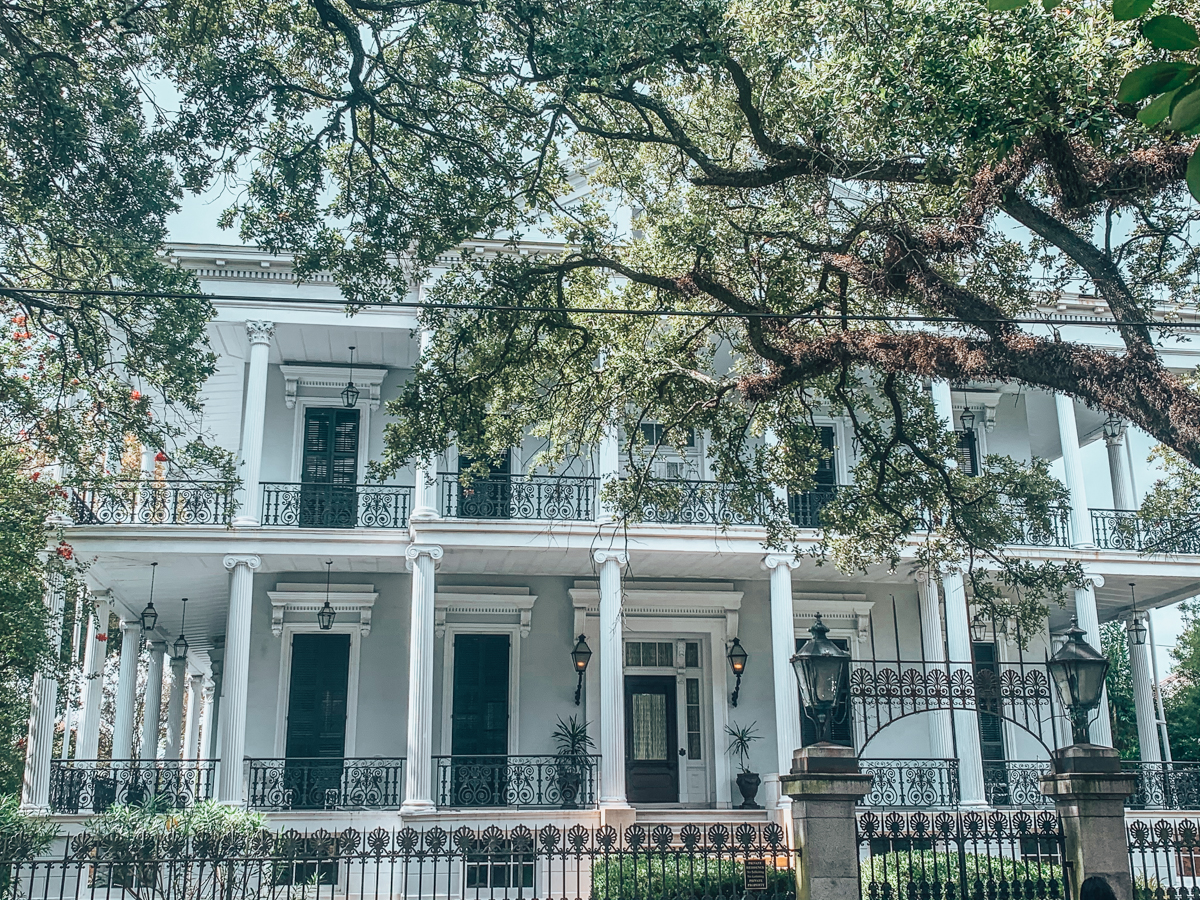 Penny Dreadful only lasted three seasons on Showtime and boy was it a wild ride. The show wasn’t about witches specifically but since the main character is a witch, I’m including it as one.

The show follows classic literary characters such as Dr. Frankenstein and Dorian Gray. The main character, Evelyn Poole (Helen McCrory) is a psychic medium who was also a secret witch coven leader.

Watch on Netflix, Hulu, or Showtime

As we all know (or should know) the Salem Witch Trials was a horrible injustice and basically just old white men condemning women who dared do anything they didn’t like.

But, what if these women really were witches? Salem explores the time during the Salem Witch Trials in this period drama set in 17th-century Massachusetts.
Watch on Hulu

Supernatural Shows with a Side of Witches

This section is all about shows that weren’t necessarily about witches specifically, but had a healthy dose of witchcraft in them and are definitely worth a mention.

The Winchester brothers, Sam (Jared Padalecki), and Dean (Jensen Ackles) have been gracing our screens for 15 seasons. They’ve hunted demonic creatures and all other supernatural beings.

While the show focuses on all sorts of supernatural lore, witches have popped up on several occasions over the years.

True Blood is based on Charlaine Harris’s Sookie Stackhouse book series. The show follows a Louisiana waitress and telepath Sookie Stackhouse (Anna Paquin) who falls for Bill Compton (Stephen Moyer), a vampire in a world where vampires are out.

True Blood is mainly about vampires, but witches are a common topic especially in season 4 when witchcraft and magical possession are the main focal point.

As all good stories go, The Vampire Diaries is about a love triangle between two vampire brothers and a human girl who can’t decide between them.

Running for eight seasons, Elena Gilbert (Nina Dobrev) falls in love with Stefan Salvatore (Paul Wesley) who may look her age but is really 162 years old. But, when she meets Damon Salvatore (Ian Somerhalder), Stefan’s slightly older bad brother, a wrench gets thrown into the whole thing.

A spin-off of The Vampire Diaries, The Originals is actually a really decent spin-off. Also set in New Orleans, the show follows vampire-werewolf hybrid Klaus Mikaelson and his family’s life in supernatural politics.

Witches play a large role in the series.

The Vampire Diaries got not one but two spin-off shows. The second, Legacies, is also set in the town of Mystic Falls and follows Hope Mikaelson (Danielle Rose Russell) as she attempts to master her powers.

One of my favorite shows growing up and ever, Buffy the Vampire Slayer focuses on Buffy (Sarah Michelle Gellar) who as you probably guessed, is a vampire slayer.

However, her best friend Willow (Alyson Hannigan) also happens to be a budding witch. Willow is a strong and ever-present character in the series and follows her witchcraft journey.

Another Charlaine Harris book series (of the same name) turned tv series. This series follows the lives of a small town in the middle of nowhere where the concept of normal is relative. Midnight is a haven for vampires, witches, psychics, and all sorts of other supernatural beings.

The supernatural townspeople form a strong and unlikely bond.

The instant HBO success may be more about dragon queens, but that doesn’t mean there are no witches.

Melisandre or “The Red Witch” (Carice van Houten) is the main witch portrayed on this fantasy tv show. 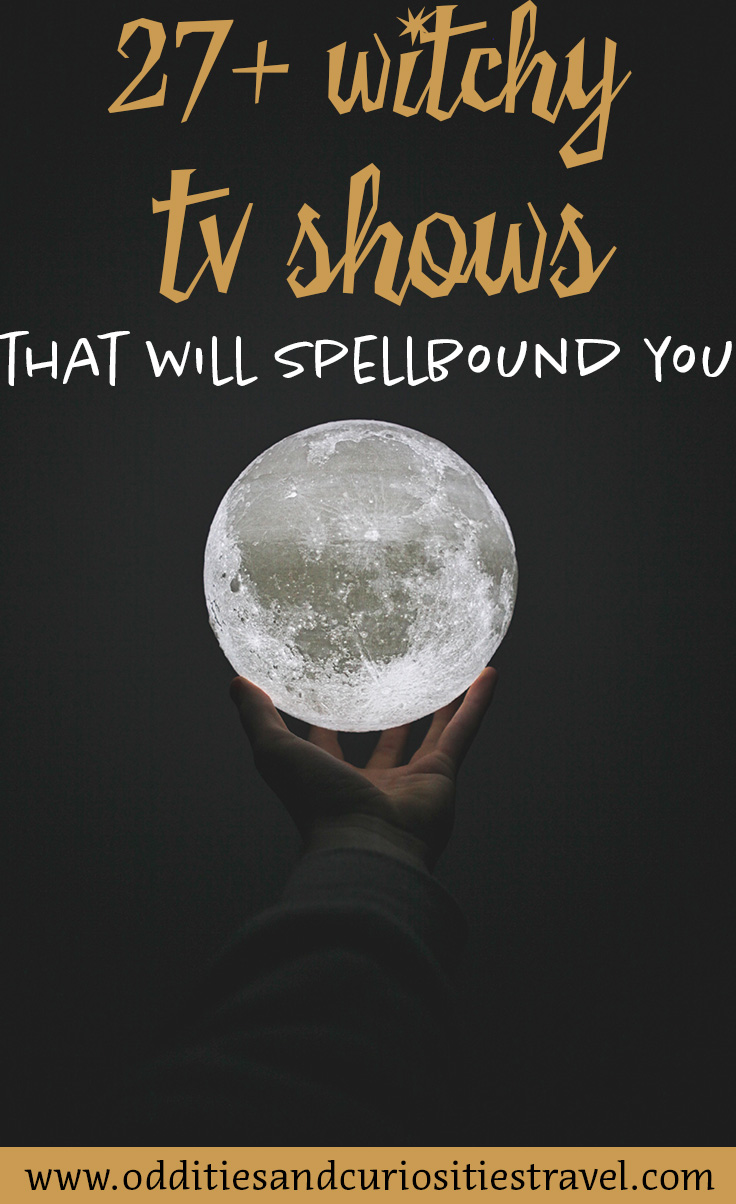 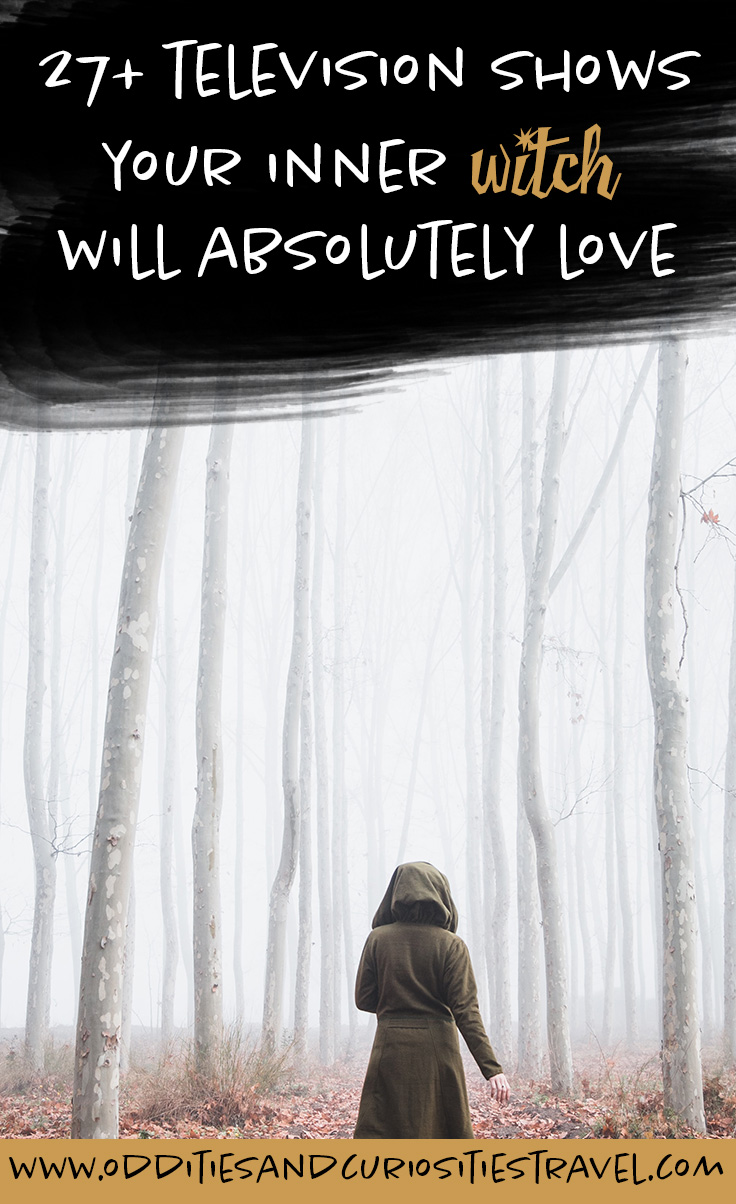 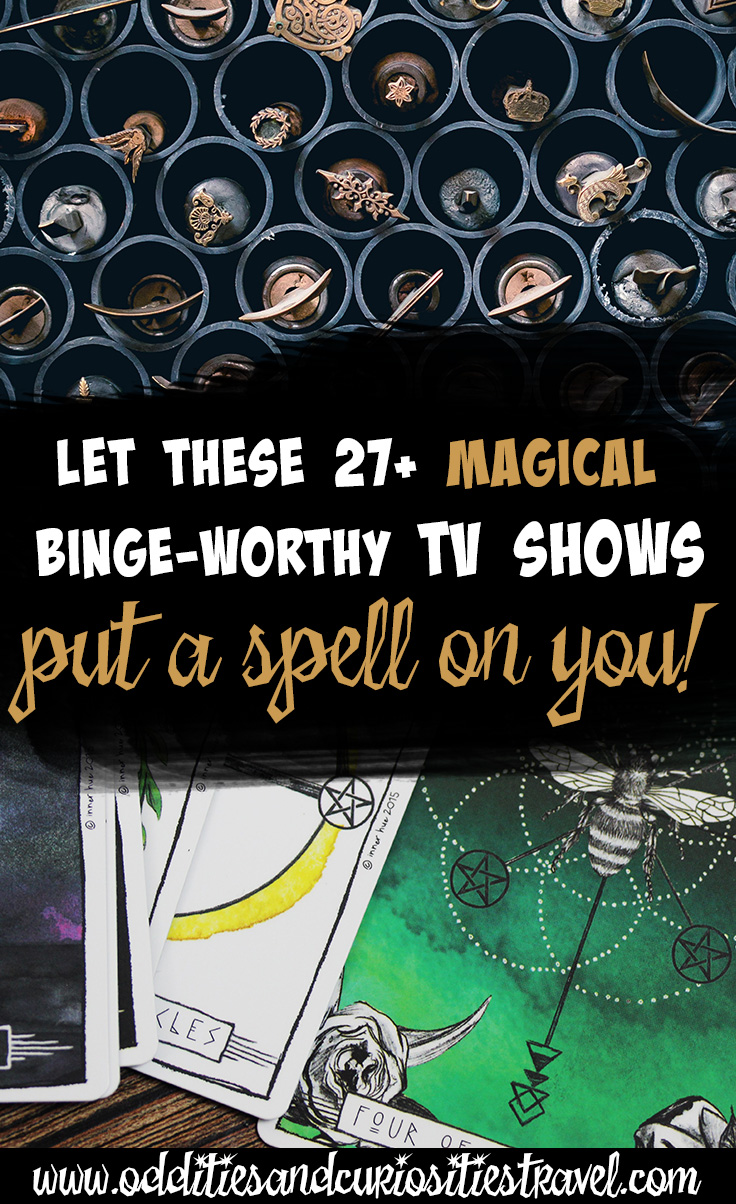 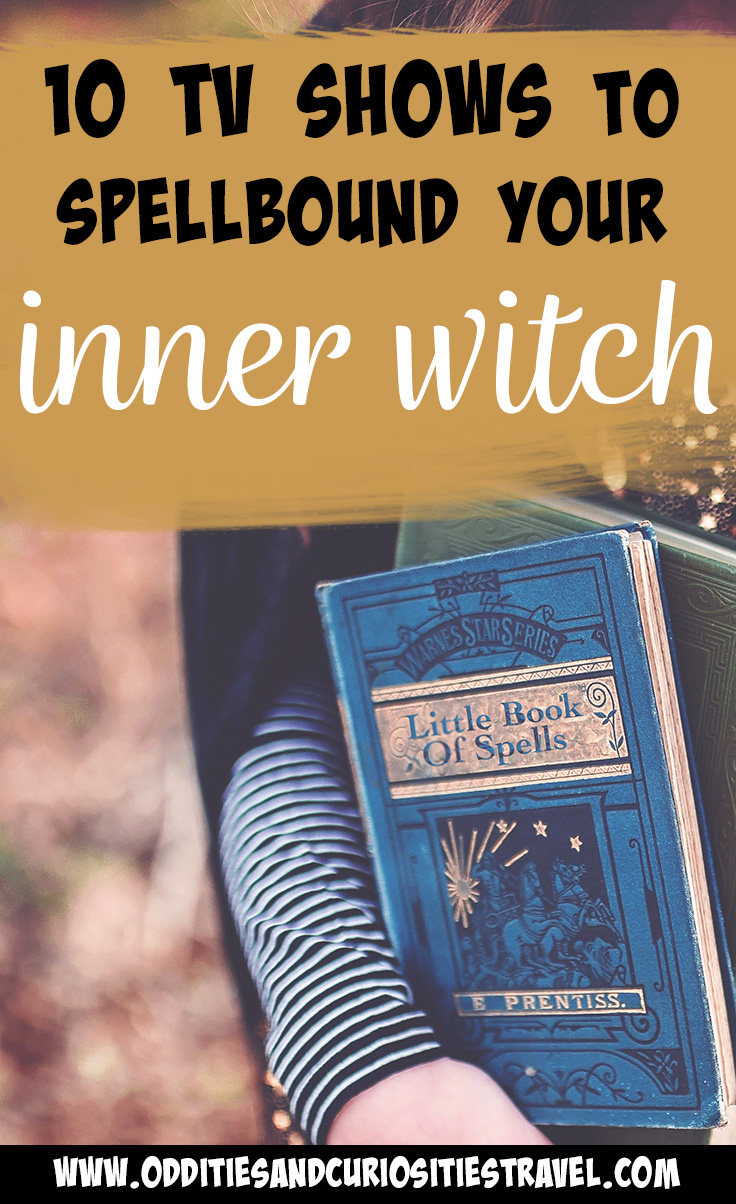 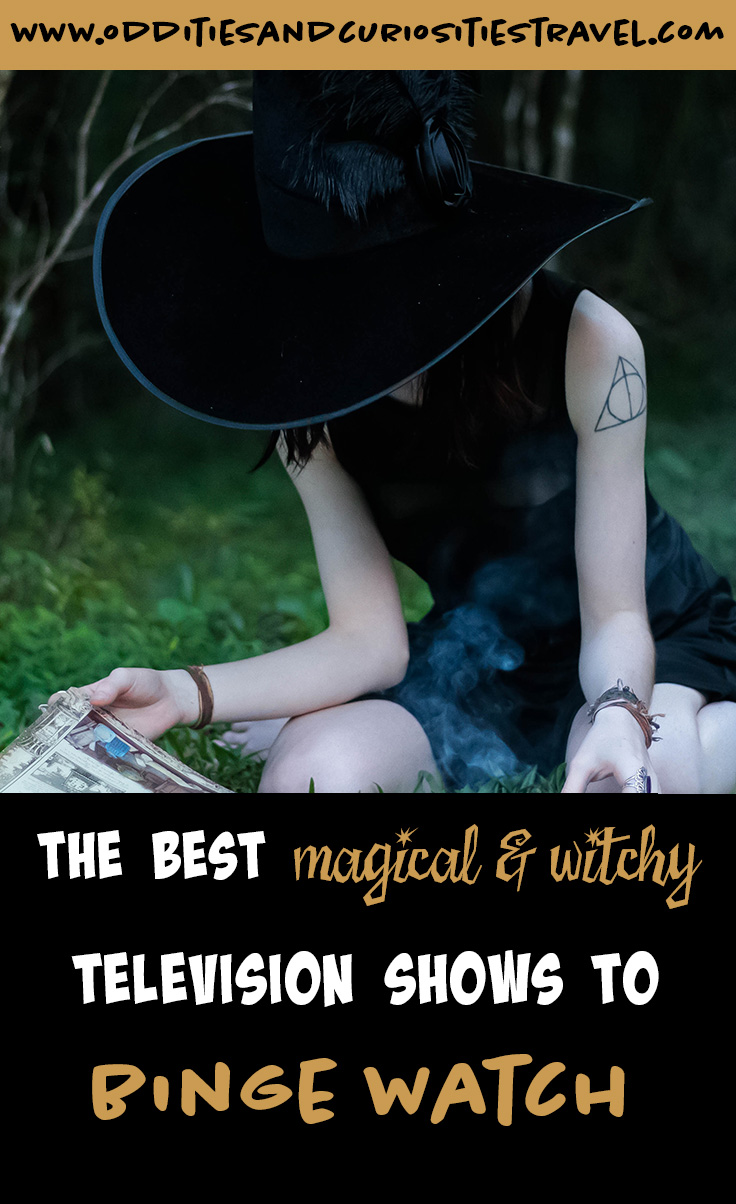